Holiday in Halkidiki: Kassandra vs Sithonia 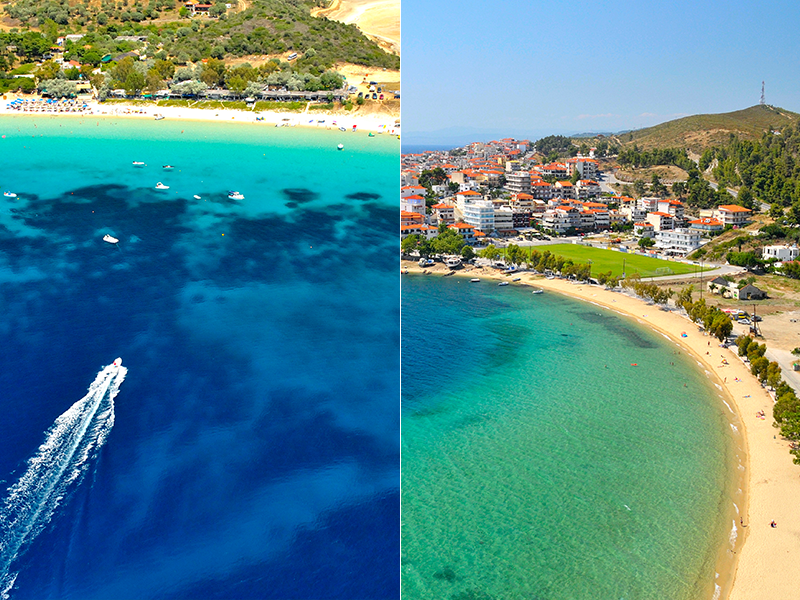 But, Kassandra and Sithonia peninsulas, edged by the sea from three sides, are in the lead among holiday destinations. Albeit they are near one another, they can’t be more different. Hence, let’s see which one is more to your liking.

Beaches of Kassandra and Sithonia

First of all, you won’t lack fine beaches on neither of the two peninsulas of Halkidiki. Glarokavos, Chrouso, Kriopigi and Posidi beaches are only a few magnificent beaches of Kassandra. Some great Sithonia’s beaches are Lagomandra, Karidi, Kavourotripes and Kriaritsi.

But if you are a true beach addict, you have more beaches on Sithonia. By visiting 3 beaches a day, you will probably get to tour them all from the beginning of the summer until the end. But, if you prefer to enter the beach “directly” from your villa, Kassandra is your favorite.

To combine relaxing during the day and entertainment at night, you have but one choice – Kassandra. The first peninsula of Halkidiki boasts rich nightlife. Hanioti, Kallithea, Pefkohori and Skala Fourkas are top nightlife destinations there. Sithonia doesn’t have nightlife at all if we exempt lounge nightlife.

Which peninsula has more attractive nature?

Kassandra has great assets when it comes to admiring nature. Lovers of nature should find their corner in northern, eastern and central parts of the peninsula. Yet, Sithonia is nature embodied.

With only a few resorts all over the peninsula, the intact natural environment is everywhere. As you advance from north to south, imposing hills with scarce vegetation replace verdant pine and deciduous forests.

Just like Sithonia is the favorite for naturalists, Kassandra is the shopper’s first choice. Also, the first peninsula of Halkidiki is nearer to Thessaloniki. The second largest city in the country is the main commercial artery in northern Greece.

Finally, the conclusion is that Kassandra is an ideal vacation destination for night owls and families. But, if you prioritize relaxing in a beautiful nature and a lot of sightseeing, head to Sithonia.