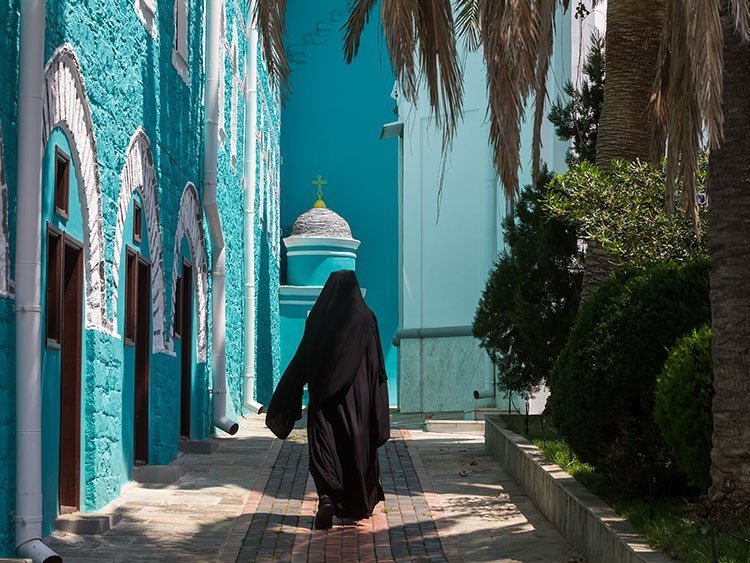 Mount Athos, Halkidiki Greece is a spiritual center of Orthodox Christianity. This unique community was established in the 11th century AD. Since then, monks of Mount Athos have taken active part in the creativity featuring Orthodox art, literature and culture.

They pursued this role even during the Turkish era, which lasted several centuries. Because of this, we can classify monasteries of Athos among the most significant ramparts of Orthodoxy. And everyday life of the monks goes on the same way as it did centuries ago.

Mount Athos as a beacon of spirituality

The monastic community of Mount Athos has 20 monasteries. They are scattered throughout the peninsula, with many of them accessing the seaside. Since the establishment of the first monastery, Athos is a big pilgrimage destination for Orthodox Christians. Pilgrims are always welcome to the monasteries, receiving lodging, food and spiritual guidance there.

A word or two about pilgrimages to Athos. Only males may apply and receive the permission to enter.

Some monasteries may require the information when the pilgrims will arrive. Unlike in most other monasteries, using mobile phones isn’t unheard of there. Just note that the signal tends to be inconsistent.

How daily life looks like on the Athos Peninsula?

Everyday life remains mostly unchanged on Mt Athos as the time passes. To sustain themselves, monks work on the fields to cultivate necessary products. Those remaining in monasteries spend a lot of time in meditation and prayer. Yet, they find time for creative work, too.

You may find them making icons, painting them and cooking.

Getting around in the monastic republic

You will know when you are getting near to the monastic community. Every outward sign of the modern civilization will disappear when you are near. Monks and pilgrims use dirt and stone-paved paths to get around on foot. Signage is scarce at best, so it would be wise to join a guide or someone familiar with Mt Athos.

Riding a mule or a horse is a welcome alternative. Of course, you can sail by boat to get between seaside monasteries.