The Story and Significance of Roasted Easter Lamb 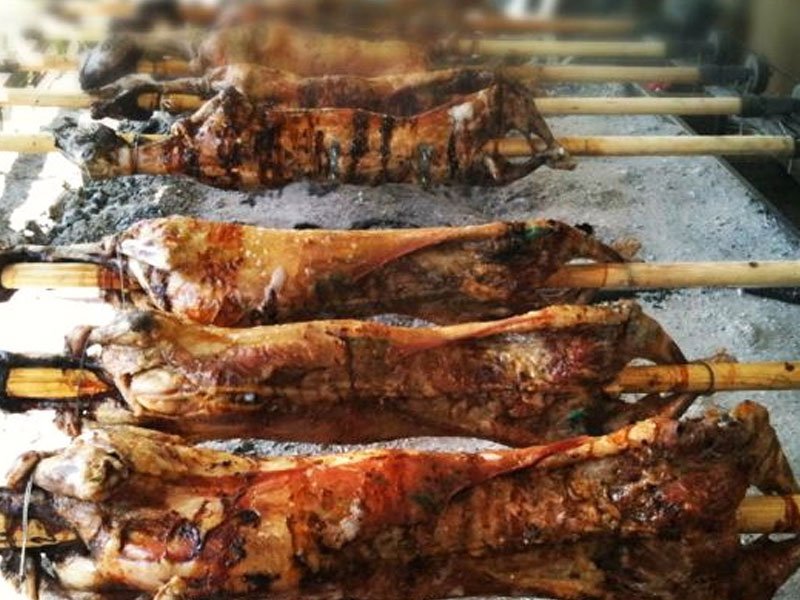 Easter is one of the holiest and the happiest religious celebrations among Christians.

On that day, Jesus Christ was resurrected after being crucified two days before. The resurrection of our Lord relates to many things in the Christian religion. Some of them might appear small, but are, in truth, big ones. And eating roasted lamb is one of them. However, this story doesn’t begin with the resurrection or even the introductory crucifixion. Its roots stretch far back in the past.

The meaning of the “sacrificial lamb” term

Long before the birth of Jesus Christ, there was a man called Abraham to whom the God spoke. To put his faith to the test, the God demanded of Abraham to sacrifice his son Isaac. Although reluctant, Abraham complied and made necessary preparations. By seeing those, Isaac asked: “Where is the lamb for the offering?”

Of course, the God didn’t intend Abraham to sacrifice his son. Once the father made a move to kill the son, an angel prevented the tragedy. Instead, a nearby lamb was finally sacrificed. And from then on, people sacrifice lambs to atone for their sins before the God.

The Lamb of God

This term, first mentioned by John the Baptist, refers to Jesus Christ. The full sentence goes like this: “Behold, the Lamb of God, who takes away the sin of the world!”

To relieve the humankind from its sins, Christ voluntarily endured the passion after being captured by the Romans. Christ’s passion ended with the crucifixion, which was an introduction into his resurrection. And since then, Christians refer to the Lord as of the Lamb of God, whose selfless act atoned the humanity’s accumulated sins.

To commemorate the sacrifice of the Lord in the name of mankind, Christian believers roast and eat lamb on Easter. There are many different ways of preparing the lamb throughout the Christian world. They differ even in Greece from one region to another.