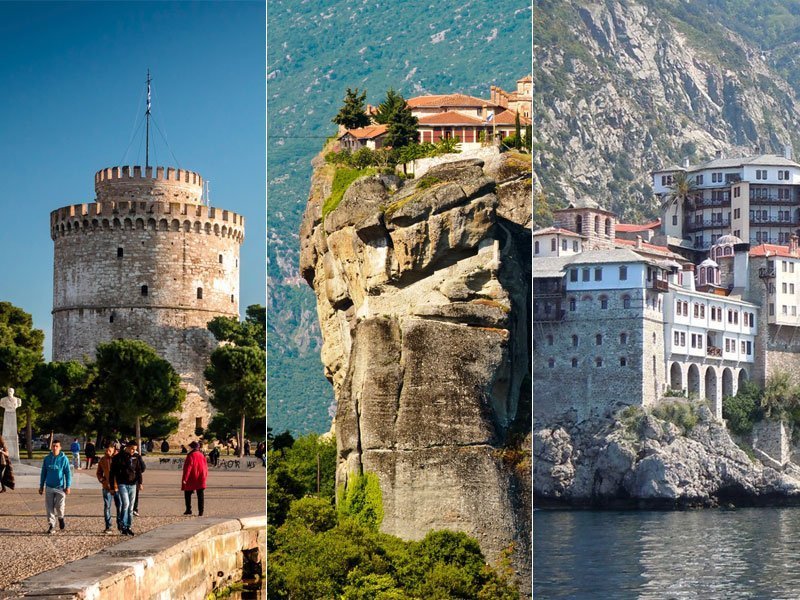 Most travelers go to the seaside to enjoy activities on the beach. But once they are there, some complimentary activity comes in handy. If Halkidiki is your summer holiday destination, you have many extra opportunities.

Day trips are some of them, and the following three are among the most interesting ones.

The monastic complex derives its name from the term “Meteoron.” The term translates something like “float between sky and ground.” And it is the best possible description of the Meteora Monasteries.

The site of the monasteries is located in a valley surrounded by mountains. In this valley, you will note rocks rising several hundred meters toward the sky. And the religious complexes crown these rocks, each of them offering stunning views of the surrounding area.

A journey to this UNESCO-designated site lasts approximately 4 hours from Halkidiki.

Thessaloniki is the second largest city of Greece. Located at the doorstep of Halkidiki, it is a cultural, university and shopping center of North Greece.

The city of Thessaloniki was founded by the end of the 3rd century BC. In its long history, the city acquired and preserved relics of its Roman, Byzantine and Turkish times. The long seaside promenade is an excellent place for a pleasant walk. While getting around, you will spot churches, archaeological findings, squares and landmarks. Shopping opportunities are plentiful, too.

One-way trip to Thessaloniki lasts up to 1:30 hours from most places in Halkidiki.

Mount Athos is the easternmost peninsula of Halkidiki and an independent state. It found its place in both history and mythology, and the peninsula features exceptional beauty. Females aren’t permitted to enter Mount Athos. But, thankfully, this doesn’t stand for a cruise around Mount Athos.

While cruising, your eyesight will be filled with verdant mountains accessing the sea. Here and there, a stunning monastery located on the shore or perched atop a cliff will appear. The architecture of monasteries, consisting of fortifications that surround churches, indicates restless winds of history.

What else Halkidiki Offers in Terms of Day Trips?

Besides sightseeing, you can join themed day trips from Halkidiki. Some of them specialize in shopping, others in fishing or dining. So stay tuned for more.