What you need to know about Easter in Greece 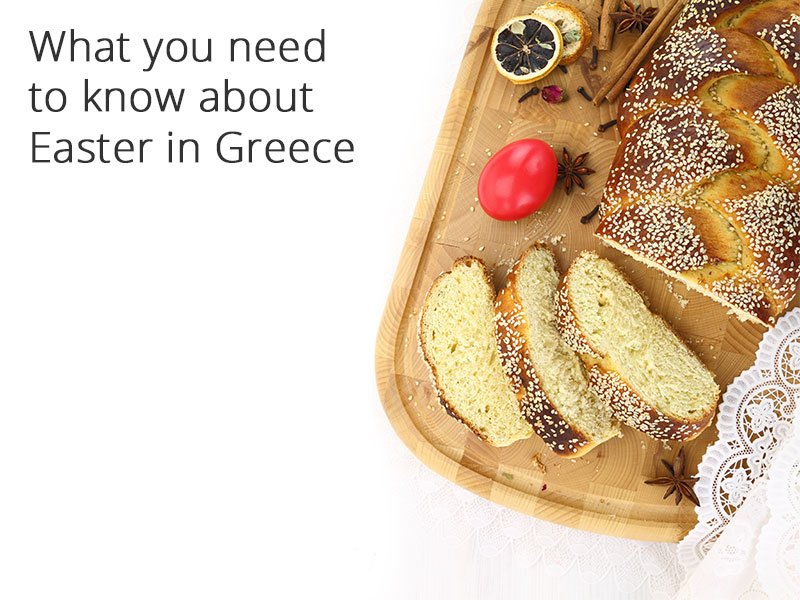 Whenever I think about Easter in Greece, I think of red eggs, sweet bread, midnight church services, and roasted lamb. Greece’s Easter celebrations are often greater than Christmas, unlike most countries across the world. Greeks celebrate Orthodox Easter, which is usually a couple of weeks after the Catholic festival. It is indeed a religious celebration, but it is also a spring festival that symbolizes rebirth and the victory of life after death.

There are several traditions and celebrations but let’s check out the most significant ones you should try at least once.

In Greece, Easter activities start a week before Easter. There are church services held each night, with more and more people attending throughout the week. The largest turnout and holiest night is the Anastasi mass on Holy Saturday, which marks the night of Christ’s resurrection.

Just before midnight, all the lights are turned off, and the priest holds up the light of the eternal flame and lights everyone’s candles. In some parts of Greece, especially on the islands, people take their candles home and draw a cross over their doors with the soot in prayer for good luck and blessings.

Following mass, there are often fireworks and, in some places, an effigy of Judas is burned. Then people eat, with many taverns open for a post-mass meal. Otherwise, people go home and have a late dinner there.

Traditionally on Holy Thursday, families dye eggs red. It’s a fun activity but with religious symbolism. The red dye symbolizes the blood of Christ, while the egg has been a symbol of rebirth from ancient times. In other words, the red egg represents the triumph of life over death.

The eggs are used for decorations and are cracked against each other in a game called tsougrisma. The point is to crack the other person’s egg while keeping your own intact. The game involves a mixture of strategy and luck. The winner is the one with the unbroken egg, which brings good luck.

There can’t be a celebration without food, of course. Traditionally Greeks bake tsoureki, a type of plaited bread. The three plaits symbolize the Holy Trinity. It is spiced and slightly sweet, so it’s often served with coffee.

After mass on Holy Saturday, traditionally, Greeks have Mayiritsa, a soup made from the offal of lamb or goat. Nowadays, it’s becoming more common for people will head to a local tavern post-mass. Otherwise, every household prepares the soup to have it at home after the mass. The highlight of Easter is the long lunch on Sunday when a lamb is slow-cooked, often for at least six hours, and it’s then served with salads, bread, and other accompaniments.

Learn more about our safety measures for COVID-19